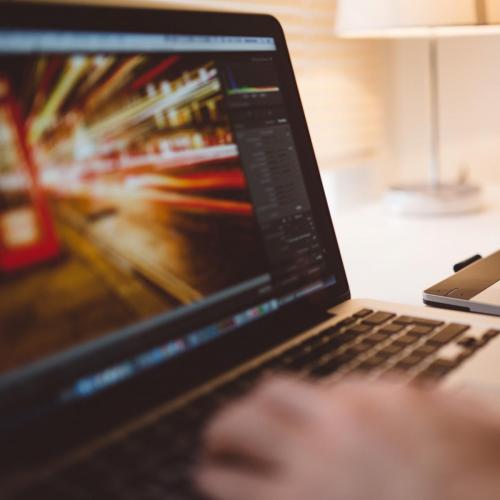 The cloud is becoming key to innovations.

Cloud computing has attracted companies foremost by its quickly available and scalable resources or how its possible to surrender the job of procuring infrastructure and its operation.

Even so, in Slovakia the cloud has not caught much attention from companies. The main reason could be the structure of our economy. While sole traders and SME have embraced the cloud for storing files, communication and also various SME applications, the majority of our economy is made up of a handful of large companies and they are hesitant when it comes to the cloud.

As much as 60% of our GDP is produced by just 50 companies, of which 40 are full subsidiaries of foreign corporations. They were initially cautious with the cloud, and if they launch pilot projects or purchase cloud services, this is usually instigated by the foreign HQ and not in Slovakia.

The reason for the weak adoption of the cloud could be also a missing ecosystem of supplier companies. Of the three largest global players, only Microsoft is displaying any real activity in Slovakia, with the popularity of its communicative and collaborative platform Office 365 irrefutable. The majority of our IT suppliers do not even offer the implementation of modern cloud infrastructures such as containers or platform databases.

The historic reasons for the certain hesitancy towards the cloud may include regulatory restrictions in sectors such as banking or the energy sector, but this is no longer true. Companies were also worried about security in the cloud, to which we can mention the recent decision of the US Ministry of Defence to order Microsoft cloud services worth some USD 10 billion.

Some applications are difficult to migrate to the cloud, while for others it is totally impossible, given the specific versions, settings or licences. There are areas like backup or virtual desktops that require a very strong connectivity when operated in the cloud, and the nearest data centres of global players are in Western Europe. Sometimes moving the legacy of applications to the cloud in “lift & shift” form is simply not worth the money.

These are some of the reasons why according to analysts at Gartner, as much as one fifth of IT resources in the US are spent on the cloud, while in Slovakia this figure is substantially less.

This is a problem as the cloud is key to the majority of modern innovations, including those of IoT, artificial intelligence and analytics. It is precisely these areas that have recently been the main motive for large organizations in Slovakia to enter the cloud and many of them are now having problems from a lack of experience - the architecture, implementation and also operation of applications in the cloud are fundamentally different from the on-premise environment.

Many innovative solutions of leading global IT vendors such as Microsoft, SAP, Oracle or IBM are now only available from the cloud environment. Even if it is possible, for example, to install an AI application in the on-premise environment, its demands for a powerful, dynamic and price-effective computing power are unachievable by traditional processes from the world of enterprise IT.

Global cloud players therefore construct their data centres totally differently than how we are used to creating infrastructure under company applications in Slovakia. Cloud service providers do not use brand servers, but Open Compute iron; they do not have commercial disk arrays, but software solutions on commodity disk;, and they don’t pay for virtualization software. Their data centres do not use air conditioning, just ventilate cool air from outside, they don’t have expensive gas extinguishers, but water, they often don’t put hardware into buildings, but just containers, etc.

All of this because of effectiveness and scaling, which is very difficult to achieve in the on-premise environment, if not impossible. This is also why the road to innovation now inevitably leads through the cloud.